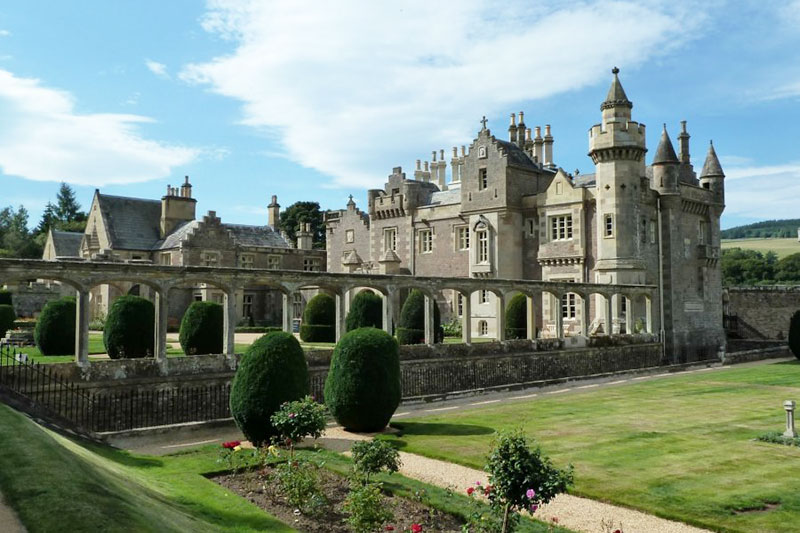 Originally built by Sir Walter Scott, Abbotsford House is now one of the most romantic wedding venues in Scotland.

Just imagine tying the knot in this legendary Scottish writer’s Library, followed by a marquee dinner reception in the largely unchanged Terraced Gardens.

You can even hire exclusively a wing of this stunning Baronial Castle, which can sleep up to 15 guests in five star luxury.

And with the River Tweed meandering through the beautiful grounds, you are guaranteed wonderful backdrops for your wedding photos.

Let’s take a closer look at what a Abbotsford House wedding would be like. 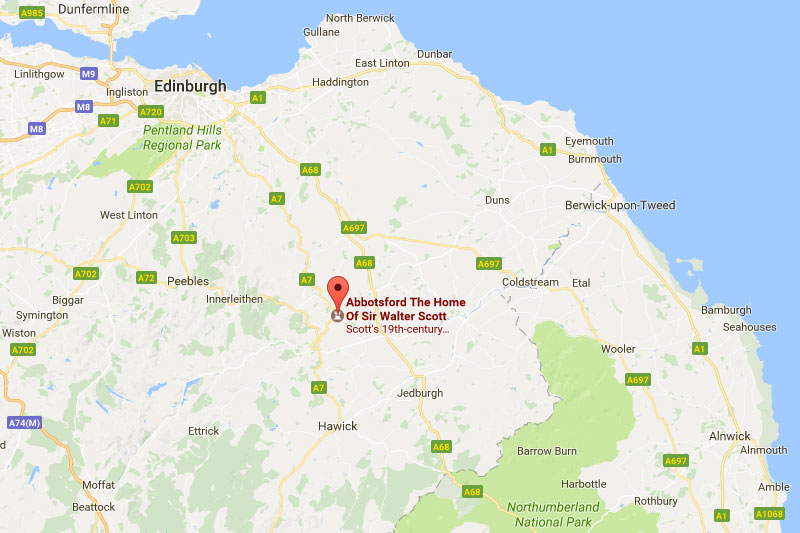 There are some fantastic wedding venues in the Scottish Borders, with Abbotsford House being one of the most unique.

Edinburgh is only 40 miles away, with a journey time of less than an hour on reasonably fast roads.

And the towns of Melrose and Galashiels are very close by.

In terms of parking, this is a real tourist destination so they are well setup to cope with lots of vehicles.

You can also get large coaches up the drive, if you are looking to transport guests in this way. 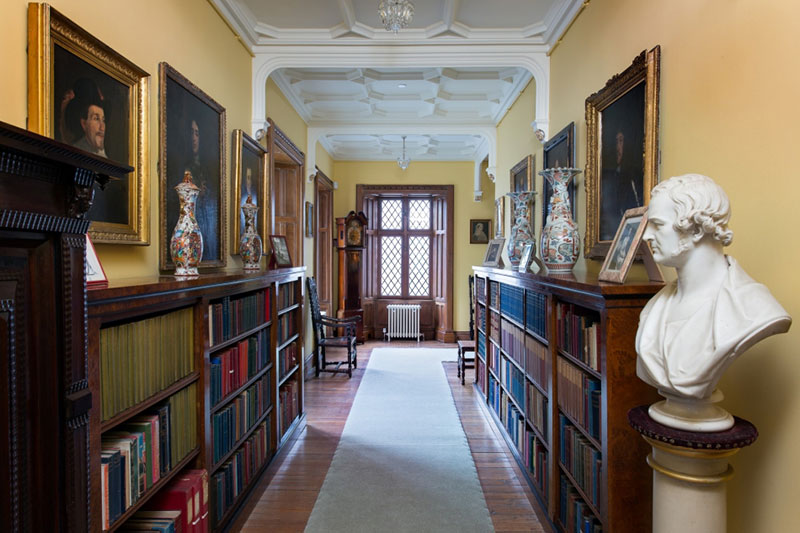 The landscape surrounding Abbotsford House inspired Sir Walter Scott’s poetry, so you can imagine how picturesque this place is.

It’s also very relaxing with beautiful gardens and the River Tweed flowing in the background.

The house and grounds are open to the public until 5pm, so it’s not your typical exclusive use wedding venue.

However the rooms you choose to make use of will be closed off and kept as private as possible.

It really is a lovely setting for a wedding. 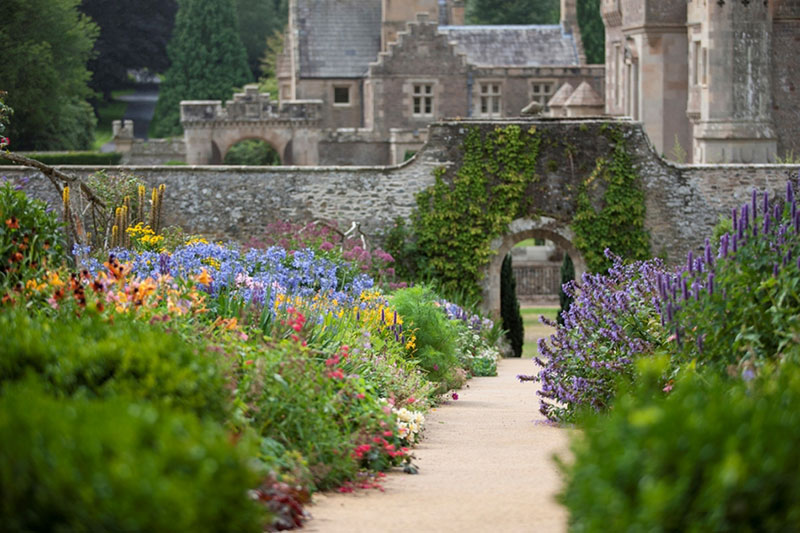 Built in 1817, Abbotsford House served as a country retreat for Sir Walter Scott, when he wanted to escape Edinburgh.

Both the Scottish Baronial Castle and the grounds were influenced by his writing, as he created this palace of imagination.

And the house is a treasure trove of wonderful objects and artefacts, with spectacular views from many of the windows.

Queen Victoria was amongst the noteworthy visitors, and it is said that the impressive architecture influenced Balmoral Castle.

Used as a family home right up until 2004, there are a number of magnificent reception spaces which are perfect for your ceremony and wedding breakfast. 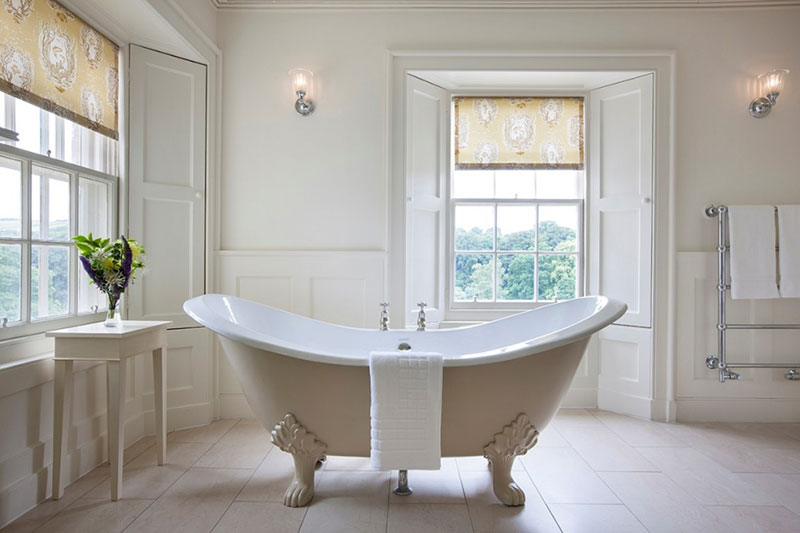 In the 1850’s, Sir Walter Scott’s grand daughter expanded the castle with the Hope Scott Wing.

This wing has recently been refurbished, and serves as five star accommodation with 7 luxury bedrooms.

You can sleep 15 guests in this exclusive use area, which retains many period features but now has 21st century comforts.

Six of the bedrooms have ensuite bathrooms, and they are all named after family members and famous guests.

You also get a series of reception rooms which include a: sitting room; dining room; billiard room; and kitchen.

It’s a wonderful place for the wedding party to stay. 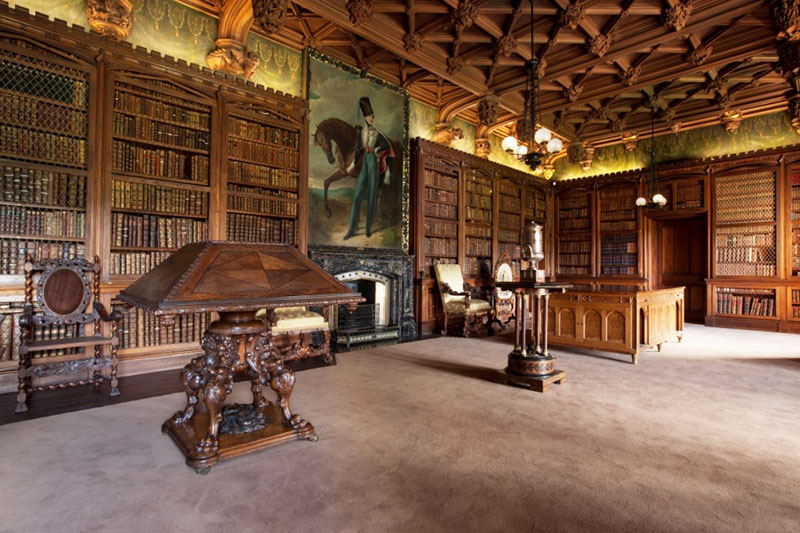 You have two fantastic choices for your wedding at Abbotsford House.

For religious ceremonies there’s the family Chapel, built in 1855 by Charlotte Hope Scott.

It’s a beautiful intimate space, which was used for private worship until 2004, and has a capacity for 50 guests.

For civil ceremonies there’s Sir Walter Scott’s Library, which was built in 1824 and contains 7,000 rare books.

It has lovely wood panelled bookcases, original artwork, and ceilings modelled on those of Rosslyn Chapel.

With stunning views over the River Tweed, this room can seat up to 80 guests. 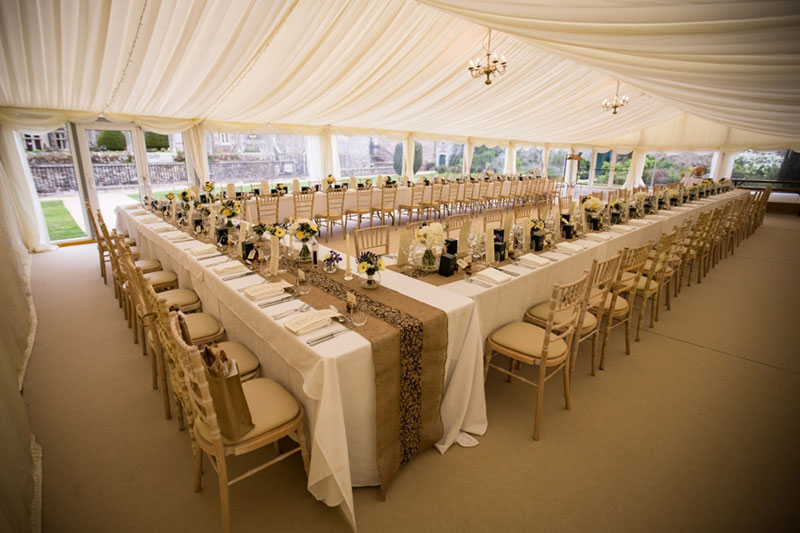 You have two options inside Abbotsford House for your dinner reception.

First there is the Dining Room, in the Hope Scott Wing, which can seat 16 people.

And second you have Sir Walter Scott’s private Dining Room, with its fabulous oak table.

This room has fantastic views from its large bright windows, and can seat 22 guests.

The most popular option however, is a marquee on the terrace.

With a capacity for 100 people, and using the castle and grounds as the perfect backdrop, this choice would be wonderful.

You could also make use of the visitor centre restaurant, which can seat up to 80 guests, providing it’s after 6pm. 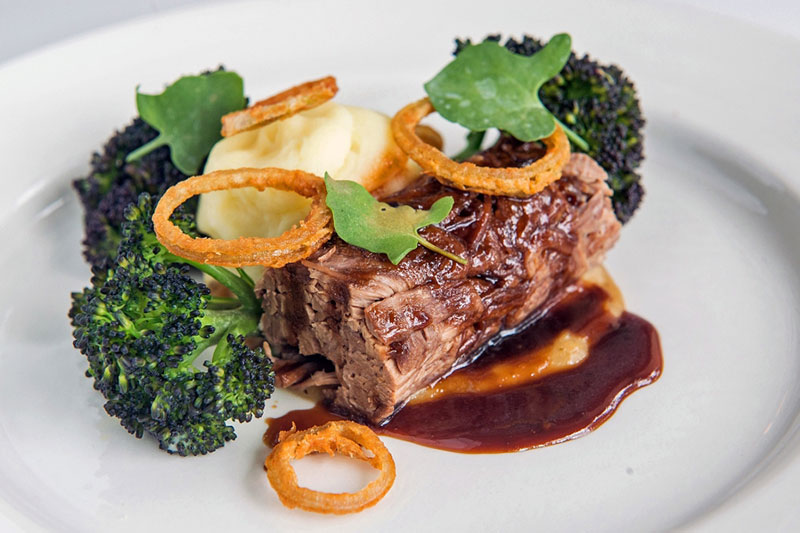 The catering is outsourced to the Orde Food Company at Abbotsford House.

They have a specialist team of chefs, who can provide delicious and imaginative dishes to suit all tastes and budgets.

Menu customisation is possible, if you would like to work with their team to create something special.

In addition to this, a fully licensed bar can be provided stocked with a range of different drinks. 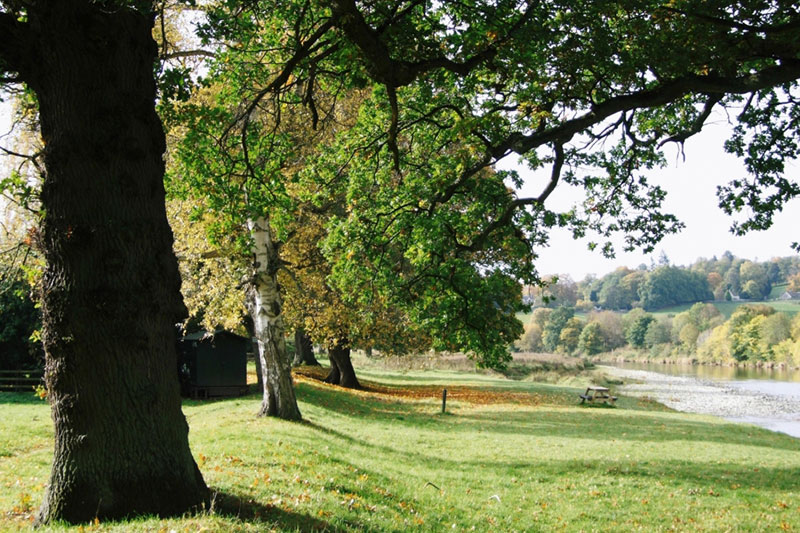 Sir Walter Scott used his creativity and his money to develop the gardens, which included planting lots of trees.

There are three main areas, which are largely unchanged from his time: South Court; Morris Garden; and Walled Garden.

The South Court is the entrance to the castle, with its high surrounding walls.

The Morris Garden is a sunken garden to the east, which contains numerous beautiful flowers.

And the one acre Walled Garden is where the fruit and vegetables were grown, with food still being grown there today.

It has a nice little glass house, which is a great place to relax and enjoy the gardens.

Most importantly, there are beautiful backdrops around every corner for your wedding photos. 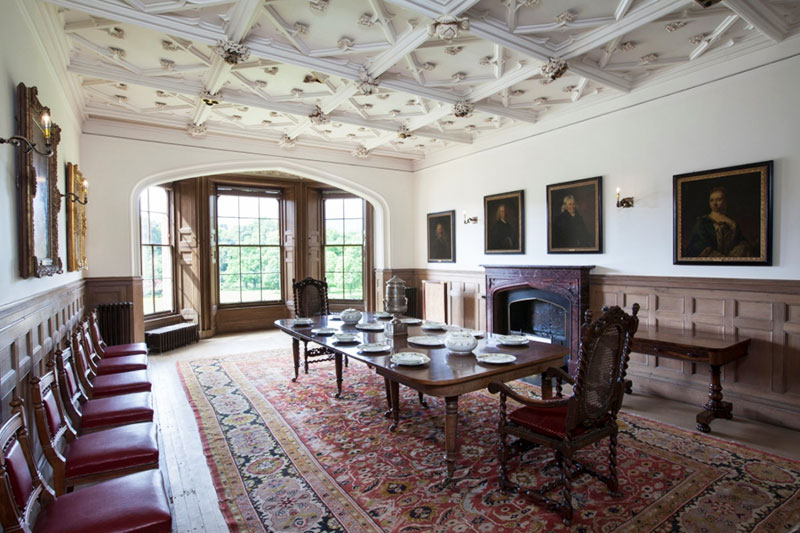 During your drinks reception and perhaps whilst you are with your photographer, you could arrange for your guests to get private tours of Abbotsford House.

Given it’s historical significance and the fact that people travel from all over the world to see it, some of your friends and family are likely to appreciate this unique feature.

And with a knowledgable guide showing them around, they’ll be sure to learn some interesting facts about the legendary Sir Walter Scott. 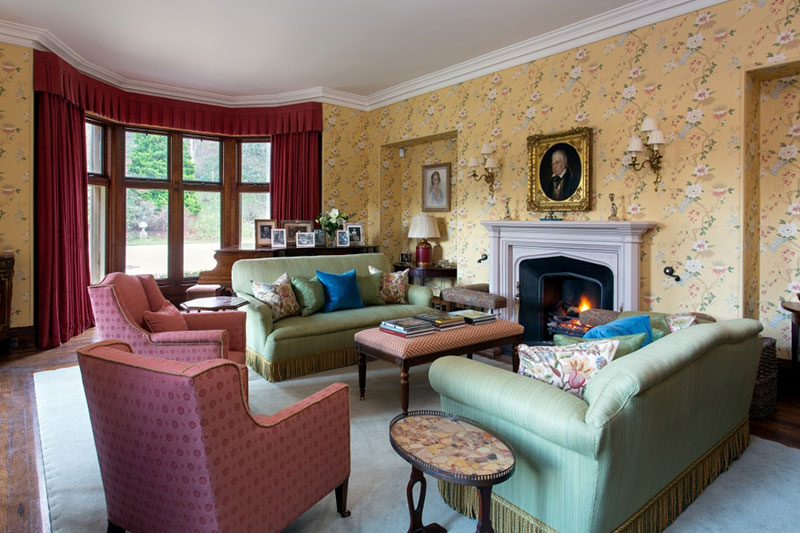 For accurate Abbotsford House wedding prices, you should contact the venue directly.

Their wedding packages can be tailored to meet your specific needs.

However to give you an approximate Abbotsford House wedding cost.

The prices above are for a summer weekend. 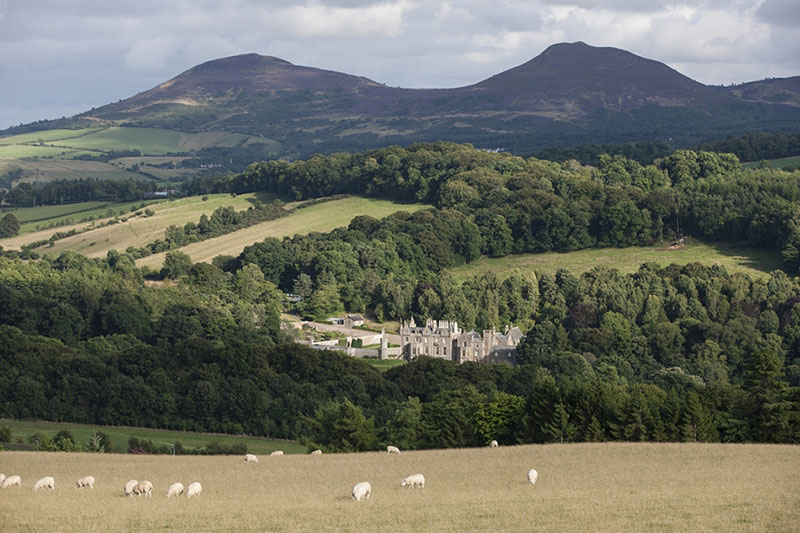 So those are my 10 reasons you should consider Abbotsford House as your wedding venue.

Of course everybody has different tastes and opinions.

However if you are looking for a romantic Scottish castle, set on the banks of the River Tweed, with five star accommodation, and Sir Walter Scott’s Library for your ceremony; then Abbotsford House just might be the place for you.

Whilst you are here, you should take a look at some of the other wedding venues in Scotland, featured on White Rose.

Good luck with your wedding planning.